Skip to content
The Best Seller Books The Hot Trends 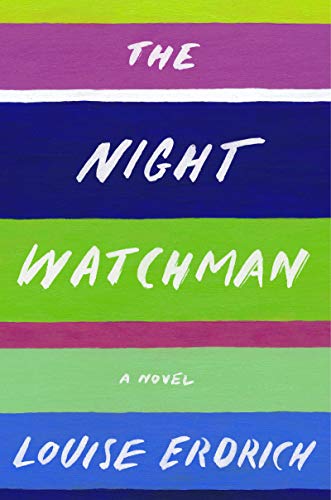 The Night Watchman: A Bestselling and Award-Winning Novel by Louise Erdrich

What made this novel of Louise Erdrich the winner of the Pulitzer Prize for Fiction, for the year 2021? The book also leading as the bestseller of the New York Times and many other symbols of recognition. Louise Erdrich, the author of this popular fiction book has surely revealed the great skill of writing as he masterly unfolded the astonishing life of his grandfather who served as the “Night Watchman” at the jewel bearing plant in the vicinity of the rural area of North Dakota.

His grandfather, named Thomas Wazhashk was also a Chippewa Council member, a group of Algonquian-speaking bands who amalgamated as a tribe in the 1600s. The group was carefully watching the political development happening in Washington D.C., as the emancipation bill was ready to be tabled in the US Congress in the year 1953. They realized that the so-called liberty bill was not a wave of fresh air for the Native Americans but it was a hidden weapon to snatch the rights and land of the Red Indians. It surely was an effort to bulldoze the treaty established in good faith with the group of local peoples. Thomas Wazhashk raised his voice to convey the message all the way from North Dakota to Washington D.C. to protect the rights of his people.

The artistically crafted fictional world of Louise Erdrich has another high moral character of Patrice and other supporting characters like Wood Mountain, Juggie Blue, Valentine and Stack Barnes, etc. from rural North Dakota to Minneapolis. Struggle, love, justice, impoverishment, and exploitation all together constructed a powerful theme to inspire and conquered the mind of the reader.

Dec 16, 2020 Muhammad Mashhood Qasmi
We use cookies on our website to give you the most relevant experience by remembering your preferences and repeat visits. By clicking “Accept”, you consent to the use of ALL the cookies.
Do not sell my personal information.
Cookie SettingsAccept
Manage consent

This website uses cookies to improve your experience while you navigate through the website. Out of these, the cookies that are categorized as necessary are stored on your browser as they are essential for the working of basic functionalities of the website. We also use third-party cookies that help us analyze and understand how you use this website. These cookies will be stored in your browser only with your consent. You also have the option to opt-out of these cookies. But opting out of some of these cookies may affect your browsing experience.
Necessary Always Enabled
Necessary cookies are absolutely essential for the website to function properly. These cookies ensure basic functionalities and security features of the website, anonymously.
Functional
Functional cookies help to perform certain functionalities like sharing the content of the website on social media platforms, collect feedbacks, and other third-party features.
Performance
Performance cookies are used to understand and analyze the key performance indexes of the website which helps in delivering a better user experience for the visitors.
Analytics
Analytical cookies are used to understand how visitors interact with the website. These cookies help provide information on metrics the number of visitors, bounce rate, traffic source, etc.
Advertisement
Advertisement cookies are used to provide visitors with relevant ads and marketing campaigns. These cookies track visitors across websites and collect information to provide customized ads.
Others
Other uncategorized cookies are those that are being analyzed and have not been classified into a category as yet.
SAVE & ACCEPT