In the federal and provincial elections conducted in 1945-1946 for the Indian Parliament, The All India Muslim League had emerged triumphantly as the sole representative of Muslim population in British India. The various round of political talks between the Congress and Muslim League for completed transfer of constitutional power with mutual understanding had resulted in failure. In this grave situation, the British government led by Prime Minister Attlee decided to constitute a parliamentary committee to adequately resolve this contentious issue. It was impulsively decided to promptly send a Cabinet Mission comprising of cabinet members Stafford Cripps, Pethick Lawrence and A.V. Alexander to India.

The Mission instantly reached to India on March 24, 1946. They promptly engaged the political forces of India in various rounds of direct negotiations. It was a concerted effort to progressively eliminate the essential differences among them and properly preserve the geographical unity intact. They sufficiently realized that it was not possible for British Government to conveniently overlook the political grievances of Indian Muslims. As they couldn’t convince the Congress and AIML on an amicable solution to form governments in center as well as in the provinces, the Mission devised an explicit formula and vainly offered its own proposal to the relevant forces. The complex formula is popularly known as The Cabinet Mission Plan. The Secretary of State for Dominion Affairs, Viscount Addison gleefully announced the ambitious plan in the elected British parliament on May 16, 1946. 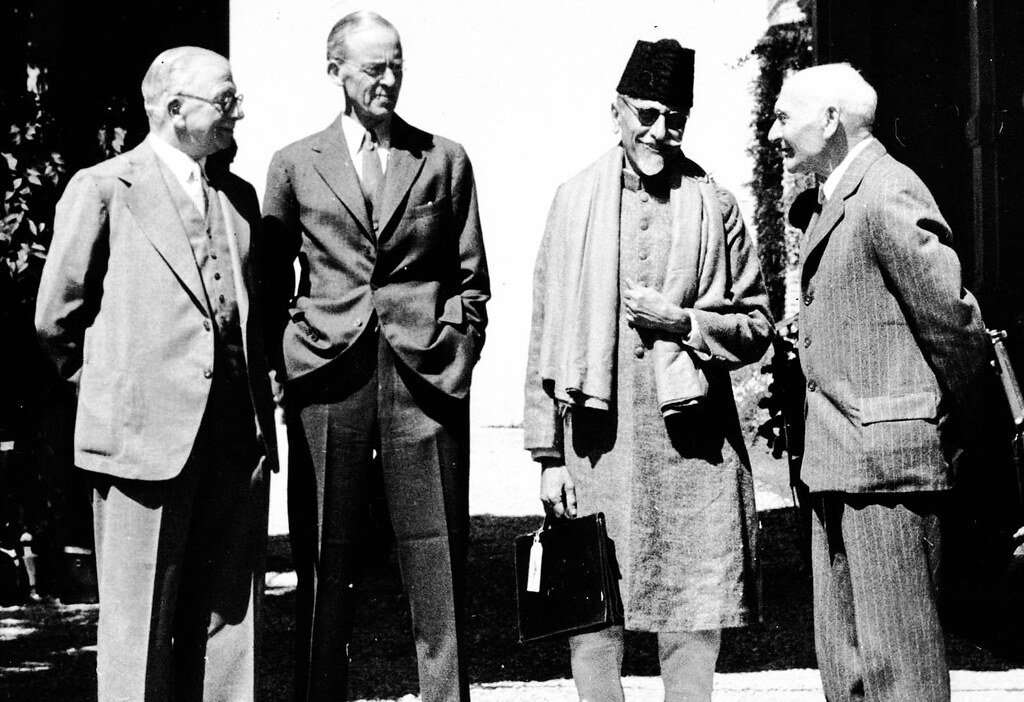 In his parliamentary statement Mr. Viscount presented the whole analysis of Indian politics and the critical differences between the Muslims and Hindus of India. He equally described the apparent reasons, why AIML was not ready to easily disband its insistent demand of a separate nation which was affectionately named as Pakistan. The Secretary of State wishfully stated that “We hope that the modern independent India may voluntarily choose to be a member of the British Commonwealth.”

The Cabinet Mission Plan realistically is a historic and a comprehensive document which you can instantly find and download as PDF docs from here. The ambitious plan is comprising of 24 points spreading on approximately nine pages. There are some explanatory notes to further describe the historical background and the logics of proposals. The rest of the key points are typically described in legal terms. These outlying points tentatively proposed the intended political and administrative structure, the prevalent method of electioneering of the constituent assembly and its fundamental responsibilities. The center point of all these ambitious proposals is the clause number 15 following by 6 more sub clauses which intended to elaborate and explain the essential structure of the proposed Indian constitution.

All population figures in this statement are from the census taken in 1941.

Dec 16, 2020 Muhammad Mashhood Qasmi
We use cookies on our website to give you the most relevant experience by remembering your preferences and repeat visits. By clicking “Accept”, you consent to the use of ALL the cookies.
Do not sell my personal information.
Cookie SettingsAccept
Manage consent

This website uses cookies to improve your experience while you navigate through the website. Out of these, the cookies that are categorized as necessary are stored on your browser as they are essential for the working of basic functionalities of the website. We also use third-party cookies that help us analyze and understand how you use this website. These cookies will be stored in your browser only with your consent. You also have the option to opt-out of these cookies. But opting out of some of these cookies may affect your browsing experience.
Necessary Always Enabled
Necessary cookies are absolutely essential for the website to function properly. These cookies ensure basic functionalities and security features of the website, anonymously.
Functional
Functional cookies help to perform certain functionalities like sharing the content of the website on social media platforms, collect feedbacks, and other third-party features.
Performance
Performance cookies are used to understand and analyze the key performance indexes of the website which helps in delivering a better user experience for the visitors.
Analytics
Analytical cookies are used to understand how visitors interact with the website. These cookies help provide information on metrics the number of visitors, bounce rate, traffic source, etc.
Advertisement
Advertisement cookies are used to provide visitors with relevant ads and marketing campaigns. These cookies track visitors across websites and collect information to provide customized ads.
Others
Other uncategorized cookies are those that are being analyzed and have not been classified into a category as yet.
SAVE & ACCEPT