A Collection of Treaties, Engagements, and Sanads Vol. XI relating to India and neighbouring Countries is a part of series of books presented by C. U. AITCHISON, B.C.S. (UNDER-SECRETART TO THE GOVENMENT OF INDIA IN THE FOREIGN DEPARTMENT), Containing:
The Treaties Relating To The North-West Frontier Province, Baluchistan, Jammu and Kashmir, Eastern Turkistan and Afghanistan. 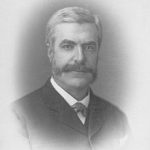 Sir Charles Umpherston Aitchison KCSI CIE (1832 – 1896) was born in Edinburgh. The Scottish born Lieutenant Governor of the Punjab, then a province of British India, founded Aitchison College, Lahore in 1886. He served as Chief Commissioner of the British Crown Colony of Burma from March 1878 to May 1880. As secretary Aitchison was extremely industrious and thorough in his work. He exercised a marked influence on successive governors-general, who regarded him as a wise and trusted adviser. During the earlier part of his service in the Indian foreign office he commenced the compilation of a valuable work entitled A Collection of Treaties, Engagements, and Sanads relating to India and neighbouring Countries; the first volume appeared at Calcutta in 1862, and eleven volumes were issued by 1892; each treaty is prefaced by a clear historical narrative. In 1875, he published a treatise on The Native States of India, with the leading cases illustrating the principles which underlie their relations with the British government. Ref: Wikipedia