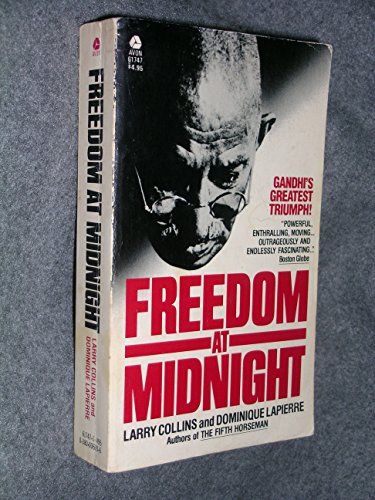 Freedom at Midnight By Dominique Lapierre and Larry Collins 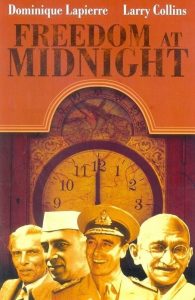 Freedom at Midnight is a nonfiction book written and presented by Dominique Lapierre and Larry Collins with respect to the end of an empire and the birth of two independent nations. The book is focused mostly on the Indian narrative of Independence. Great Britain in 1947. Revolves around the actors who played a major or minor role at the political front or in the grass-root social groups for independence or for the partition of India.

You can find it at:

The book presents stories of riots and bloodshed that erupted at the time of partition, interviews, some facts and figures, circumstances surrounding the partition of British India, research, investigation, sufferings, achievements, struggles, a real drama with a lot of thrills and full of emotions.
All about the charisma of Gandhi, Jinnah, Nehru, Suharwardi, and other prominent leaders. The other characters like Mount Batten, Patel, Liaquat Ali Khan, V.P. Menon, who played major roles in a real drama of freedom at midnight.