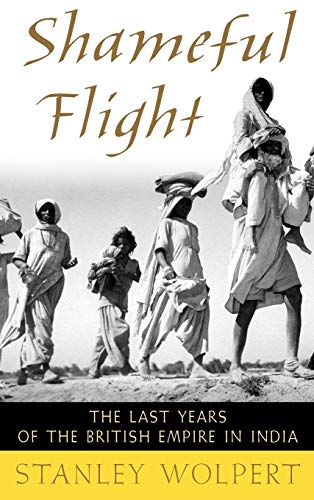 Shameful Flight: The Last Years of the British Empire in India (Hardback)

The Departure of British from India, Winston Churchill Condemned it as “Shameful Flight”

Covering the events from the fall of Singapore in 1942 to the post-independence stories till 1948, Shameful Flight provides a vivid behind-the-scenes look at Britain’s decision to liberate India from the crown jewel of its empire. The author, a leading authority on Indian history, sketches the memorable role of all the key participants, including Mahatma Gandhi, Sir Winston Churchill, Prime Minister Attlee, Nehru, and Muhammad Ali Jinnah, with a special focus on British viceroy, Lord Louis Mountbatten.